I made a habit of watching The Passion Of The Christ each Easter.

It’s a custom for some time now that every television station, around Easter (and Christmas), to broadcasts religious film, especially the ones regarding Jesus.

Since 2004, not many of them had the courage to broadcast Mel Gibson’s masterpiece. It’s violent, it’s real, and yes, The Passion Of The Christ it’s full of spirituality.

Maybe because of all of the reasons above, or just one. No matter what your beliefs are, you can still watch it as a movie. It makes an impact on everyone, like this gentleman who bought 6000 tickets for the cinema play.

Besides the spiritual part, it shows how we are, us, human beings. You may think oh wait, that was 2000 years ago. Yes, it was.

But when you see what’s happening nowadays in Syria, Palestine, Ukraine, Turkey, and (to) many more other places on earth, you would have a different opinion on this. Unfortunately.

It’s a delicate subject that I’m not trying to get too deep into it but still, I cannot remain silent. It’s not about religion. It never was. It’s just an excuse to manifest the evil in us.

Lack of education does that. And by education, I mean cultural (like reading, writing, say hello etc.), but also spiritual.

It’s funny how you see some documentary on tv about an isolated tribe somewhere in the jungle that never had any interactions with the outside (us?) and sense on how they react to the new.

How they raise their children and how they live peacefully.

Sometimes, you see that in their eyes. Of course there are some other tribes, violent ones, but still, they tend to do those things to others, not to their own.

It’s about power and the need to overtake the people around us. It’s, again, human nature (I guess). And that is the main thing we need to have in mind when finishing watching this movie.

Maybe it’s not so spiritual for you, but it is an example of how we should behave.

This will be the longest article so far. I’ve been planning it for 3 years now but was only a draft with no words in it and now, I’m trying to write about it while watching it again on a different computer.

I like it this way, because I keep on forgetting important stuff I want to share, and by doing this I can pause and put it down on paper (keyboard). I’m not sure where should I start from.

The movie itself, or what it represents?

I think I’ll go with a few words about the movie.

It’s ok if I talk about the scenes in it (you already know by now I’m trying as much as I can not spoil anything but I don’t think that’s the case here, as you know already what is it about and how the events occurred).

There are a couple of things that make The Passion Of The Christ movie special: 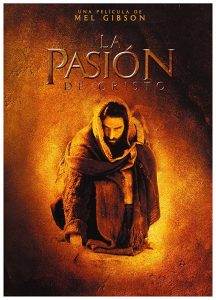 It’s in Aramaic. It’s a dead language. There’s one more siriac tribe that speaks aramaic and in one itnerview, one of the members said it’s probably the only movie in their language/culture. A small note on the progerssion of the language – it’s not the same aramaic that we speak today – as we’re not speaking the same english spoken 400 years ago.

It’s said that aramaic was spoken by the Jewish people in Palestine in that period.

There are rumors and gossip that Mel Gibson didn’t use the appropriate one and it’s a mix between that, the one spoken nowadays, and some other Palestine area languages.

I don’t speak any of that so I cannot say for sure. One thing I can say is that I really appreciate the effort.

First of all, I take myself as an example. I am Romanian, I speak and think in Romanian. I speak English since I was a kid

Cartoon Network Generation here – back when I was young they introduced cable tv after the fall of the communist regime, but they were transmitting its original broadcasting; that meant that there were no subtitles or translation whatsoever, so we, as kids, learned English, Italian, German, from all those cartoons we had access to on tv.

But sometimes it’s so hard to transmit exactly what I want to say in English, as it’s not my native language. I do feel like I’m getting better at it (as long as you understand what I’m writing here it’s ok I guess). Still, a long way to go.

Later edit: since the Arrival movie – that one deserves an article on its own – I’ve started researching about language; also I have a theory besed on Orson Well’s fictional doublethink – that it might not be that fictional at all. These subjects will hopefully be covered separatly.

Back to the language from the movie, it was a tremendous effort from everybody. The crew was international and probably they spoke English behind the camera but from the director and the actors to the cleaning people, I’m sure there was an effort.

And think about the fact that is so hard to know if you pronounced it correctly because there’s no one there to correct you.

Yet again, it sounds natural and to some extent, even you, the watcher, have the feeling that you understand it (the aramaic that is, when they speak latin it comes natural to me).

It was a bald move for Mel Gibson, and from this, we found out that he is way more than an actor, more than Mad Max, or Martin Riggs (Lethal Weapon) – or at least as I knew him before. Belive it or not, I saw Braveheart a couple of years after its release.

You can see it from the trailer.

And later on, we saw the influence it had on cinematography.

300 was the first movie that was inspired by that (and by inspired I mean that a movie with an image like that can be made and be successful, as we all know that the inspiration for the movie was the graphic novel).

The Passion Of The Christ creates a spiritual atmosphere from the beginning.

Mel Gibson used an international crew for this movie (it might have something to do with the budget, but still was a great approach) and he had people from all over the Earth: Europe, Asia, Africa, the Americas.

Italy is the provider for the image, as he told from the beginning too his DOP crew, that what he wanted to transmit must have something inspired by Caravaggio, a famous middle age Italian painter.

He also had a series of paintings about Christ as a reference, mostly from the passion scenes. If you look at the poster, see the movie and do some Caravaggio search on Google you will understand what I’m talking about.

I’m sure it’s not easy to do it and we have to thank Mr. Gibson for having the courage (and the money) to make this happen.

You can listen to it for free here and yes, you are present from the start.

The movie has music accompanying the image in a proportion of 90%.

It’s traditional music, African – Mediterranean sound (some might think it’s Arabic, and it is because it’s from the same source).

From the beginning, after the credits, the music amplifies the atmosphere. You get caught in the action from the first frames with the first sounds.

It does blend with the image that he wants to transmit and trough out the entire movie, makes the suspension it needs to make you a part of it, adding that the image rolling, for the most part of the film, is in slow motion.

That’s because of a special technique used when shooting, more than the standard 24 frames, that gives the movie this effect.

The Passion Of The Christ is an example, something to be studied in the film schools.

And when you think about the fact that Mel Gibson took in consideration of not having any music at all for The Passion Of The Christ.

I wouldn’t say this is not for everyone to watch. Everyone should watch (at one point in their lifetime). The torture reflects perfectly the reallity of someone who was accused in those ancient times.

In my opinion, the problem stands on not that these were happening back then, but because they still happen today. Quite present, if we look on how some families treate their members.

I can’t get an image out of my mind. I’ve seen it not more than 4 or 5 years ago, of some Ukranian soldiers crucifiing a russian one. Then they set the cross on fire and left him.

I feel like mentioning here also the rituals that take place in the Phillipines each year. Volunteers crucify themselves in order to bring prosperity in their lifes or showing gratitude towards God by replicating (some of) his Passions. This is highly debateble. I can understand the process of thinking like that, but every spiritual belief must be withing inside.